Mae Williams Lamm, 90, resident of 3007 Pickett Road, died Saturday Morning in Duke University Hospital. She was born on a farm in Norlina, NC. Her parents were the late Richard Samuel Williams and Eulalia May Vaughan Williams. After high school, Mae moved to Durham to attend Beauty School.
Mrs. Lamm served her country during WWII in the U. S. Navy. After her military service, she moved back to Durham and worked as a beautician until her retirement. She was married to Perry A. Lamm, who died in 1977.

Mrs. Lamm was initiated in the Order of the Eastern Star in 1960 at Southgate Chapter #177. She served as an Officer in Southgate Chapter for 31 years, including two terms as Worthy Matron. In 2001, she was honored with a Life Time Membership

Mrs. Lamm was a faithfull member of Calvary United Methodist Church for many years.

Mae Lamm was the epitome of a true Southern Lady. She will be remember for her gracious spirit, her gentleness and her beautiful smile that would light up any room. Thanks be to God for her life.

Surviving are one sister, Mrs. Bernice Josephine Turner Smith of Indianapolis, IN. and several nieces and nephews.

Memorial services will be held 2:00 PM Thursday in the Calvary United Methodist Church. Officiating will be the Rev. Laurie Hays Coffman. Burial will be private.

A time of fellowship and refreshment will be hosted by Southgate Chapter #177, O.E.S. in the church fellowship hall following the service.

Offer Condolence for the family of Mae Williams Lamm 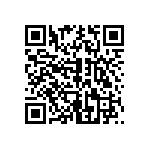