Madelyn L. Cole died Saturday, April 22, in her home at the Durham Regent. She was born in Wewoka, OK to the late Walter Rose and Minnie Ethyl Finnigan Rose on August 10, 1922. Madelyn attended the University of Oklahoma and later married a career officer in the Marine Corps. After his death she settled in Kansas City and was a much-loved wedding consultant for many years. After retiring she moved to Edmonton, Alberta, Canada to be close to her younger daughter, Janet. There Madelyn painted and was active in the arts, particularly ballet and opera. She was a self-taught artist who excelled in portraits, many of which hang in her friends

Offer Condolence for the family of Madelyn L. Cole 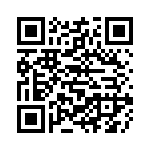