Macon William Averette, II, 89, a resident of Oxford went to be with his Lord and Savior on Tuesday, January 7, 2020.  He was predeceased by his parents, Macon William Averett, I and Clara Daniel Averett; and siblings Frank Jefferson Averett, Helen Averett Daniel, Edna Averett Robinson and Estelle Averett O’Brian.

He was a native of Granville County, and a widower of his wife, Ruby Meadows Averette whom he was married to for 57 years.  He was a member of Mt. Zion Baptist Church where he served as both a Deacon and a Sunday School Teacher for the young boys for many years.  Macon was an employee of the US Postal Service and a dedicated farmer.  He was a loving and devoted husband, father, and friend.  He was a Marine and served from Dec. of 1951 through Dec. of 1953, during which time he participated in the testing of human responses to an atomic bomb explosion at Camp Desert Rock, Nevada.

Gentry, Newell, & Vaughan, in Oxford, is assisting the family.

Offer Condolence for the family of Macon William Averette, II 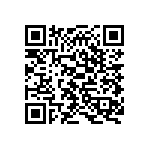