Mabel Roany Johnson Hancock, age 92, of Chapel Hill, NC crossed over the river to the shade of the trees Friday, January 02, 2015.
Mabel was born to the late Syd and Ocie Johnson on February 15, 1922 in Chatham County, North Carolina where she would reside until her death. There, she met her first husband Russell “Lee” McGhee, Sr and had their son Russell McGhee, Jr. After working several years at The Munition Plant in Carrboro, NC during World War II, Mabel began her 40 year employment at UNC Hospital. In addition to her love for cooking and needlework, Mabel had a greater love for her family.
She is survived by her son, Russell L. McGhee and his wife Leesa of Chapel Hill, NC; a sister, Peggy Jenks of Graham, NC; a sister in law, Frances Johnson of Bear Creek, NC and numerous nieces and nephews.
In addition to her parents and husband, Mabel is preceded in death by three sisters, Katie Wilson, Florence Briggs, and Frances Honeycutt and two brothers, Junius Johnson and Ernest Johnson.
A visitation will be held from 11-1 pm on Tuesday, January 6, 2015 at Ebenezer United Methodist Church, Apex, NC with the funeral service following at 1 pm.
In lieu of flowers, donations may be made to UNC Hospice, 480 Hillsboro Street, Ste 800, Pittsboro, NC 27312.
Hall-Wynne Griffin Chapel is serving the Hancock family. Please place online condolences at www.hallwynne.com.

Offer Condolence for the family of Mabel Roany Johnson Hancock 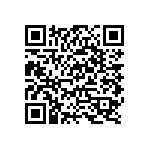