DURHAM – M. M. Jacque Penny, age 65, died at home on October 18, 2018. She was born on November 19, 1952 to the late Raymond and Alva Penny in Durham, NC.
She graduated from Southern High School and then attended Western Carolina University. Shortly after, Jacque attended American Floral Arts School in Chicago. After completion, she managed Friendly Floral Gallery in Durham, NC. Recently, she worked for Sanders Florist in Durham, NC. She was the former president of NC State Florist Association and received the Distinguished Service Award.
Jacque was known as being a die-hard Duke basketball fan and having a big personality; she made everyone around her laugh.
Jacque is survived by her brother, Wayne Penny, her sister, Pat Murray as well as beloved nieces and nephews. Jacque was preceded in death by her brothers, Larry and Garreth Penny and sister, Adele Alford.
A memorial service will be held in her remembrance at Hall-Wynne Funeral Chapel on Monday, October 22, 2018 at 3:30 PM. Family and friends are invited to visit from 2:30 – 3:30 PM prior to the service.
Family will be accepting flowers to reflect Jacque’s love for them.

Offer Condolence for the family of M. M. Jacque Penny 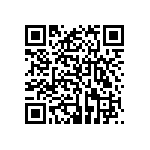