Oxford:
Lynwood Sessums Bryan, Jr. of Oxford died on September 29, 2016. He was a native of Granville County and the son of the late Lynwood S. Bryan, Sr. and Sallie (Taylor) Bryan. He was preceded in death by his wife Polly (Ingold) Bryan and his sister, Sally Bryan Tenhet, his brother, Robert T. Bryan and a sister-in-law Peggy Landis. He is survived by his two children; Lynwood “Lyn” S. Bryan, III and wife Carol of Oxford and Peggy Ann Bryan of Winston Salem, NC. Three grandchildren, Michael Bryan and wife Linsey, David Bryan and wife Amy and Katie Bryan. Three great grandchildren, Alston, Chandler and Baby Bryan who will be arriving in a few weeks. His sister-in-law, Cissie Bryan and a brother-in-law Robert R. Landis as well as many nieces and nephews.
Lynwood was a member of Oxford Presbyterian Church, a retired farmer, a former member of the board of directors of the Planters National Bank, a partner in the Granville Warehouse, former member of the Corinth Volunteer Fire Department, member of the Granville Cattleman Association, the Oxford Masonic Lodge and the Sudan Shrine Temple. Lynwood never met a stranger. He and Polly never missed a chance to go dancing. He loved life and always had a smile for everyone; he will be missed by all who knew him.
The family will receive friends at the funeral home on Sunday October 2, 2016 at 2:00 pm. Funeral Services will follow in the Chapel at Gentry Newell & Vaughan Funeral Home at 3:00 pm with Masonic rites given during the grave committal at Meadowview Cemetery in Oxford. In lieu of flowers memorial contributions can be made to the Shriners Hospital for Children – Greenville, 950 West Faris Road, Greenville, SC 29605 or to the Masonic Children’s Home, 600 College St, Oxford, NC, 27565.
Gentry Newell & Vaughan is serving the Bryan family. 503 E College St., Oxford, NC, 27565 (919)693-5191.
Online condolences can be made at www.hallwynne.com.


Offer Condolence for the family of Lynwood Sessums Bryan, Jr. 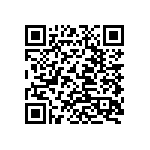