Lynn Martin Sherrill, age 55, died Wednesday following a short battle with lung cancer. Lynn was born May 9, 1951 in Roanoke, VA to Thomas and Jean Preston Martin. She moved to Richmond as a high school sophomore, graduating from Huguenot High School in 1969. Lynn briefly attended Virginia Intermont College but left to raise her family in Richmond with her first husband Paul Edward Compton. While living in High Point after her divorce, she fell in love with Lee W. Sherrill, Jr. and the couple was married November 10, 1979.
Lynn began her career in 1981 as Blood Services Director of the High Point-Thomasville American Red Cross Chapter, and in 1983 was promoted to Executive Director. In 1988 she became Asst. Executive Director of the Northwest NC Chapter of the Red Cross in Winston-Salem, a position she held until 1995. During this period, for five years she attended night classes at High Point University to earn her Bachelor of Science degree in economics and business. Lynn moved to Durham to accept the Chapter Manager position for the Central NC Chapter of the Red Cross, where she continued until going on leave in late March.
During her tenure with the Red Cross, Lynn was the recipient of countless awards and various other recognitions. In every role she held, Lynn made phenomenal strides in revenue growth, service delivery and enhancing community profile of the organization.
In addition to her Red Cross work, Lynn was a long time member of St. Mary

Offer Condolence for the family of Lynn Martin Sherrill 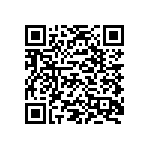