Lucinda McMichael Paris, much loved wife, mother and friend, died at Duke Hospital on August 4. She is survived by her husband John Staddon, her sister Charlotte Pelon of Durham, and two children: Charlie Paris who lives near Boulder, CO, and Anne Paris, who lives with her husband Barclay Collins and two daughters in Arlington VA.
Cindy was born on June 19, 1937, in Winston-Salem NC, but grew up in Durham. She went to Duke and UNC before graduating with a master’s degree in library science. She was for many years the Head of Collections at the downtown Durham County Library and before that Head of the Parkwood branch. Latterly, she worked for a while as Managing Editor of the scientific Journal of Neuroscience, but was happy to leave when computers began to take over.
Cindy was a writer who published both short stories and poetry. She had been working on a novel about Fuegia Basket, the young native girl being returned to her people on Tierra del Fuego by James Fitzroy, captain of HMS Beagle, during the voyage that took young Charles Darwin round the world in the early nineteenth century. Cindy maintained her literary interests to the end. She was a member of Durham’s 106-year-old Halcyon literary club and regularly attended a weekly writing group organized by her longtime friend Laurel Goldman in Chapel Hill.
Cindy was able to travel widely with her husband John. Her first trip outside the US was to Brazil, where she visited places from Sao Paulo in the south to remote Belem at the mouth of the Amazon River. Next, she spent a year in Germany. She became friends with families in many countries, from Brazil to Mexico, Italy, Germany, Australia and also England. In later years, she and John spent several months each year in York, a medieval city in the north of England, a place and a culture she loved. Her last trip was a very happy voyage from Southampton to New York on the Queen Mary 2.

“Say not in grief ‘she is no more’ but live in thankfulness that she was.”

A memorial service will be held at the Doris Duke Center at Duke Gardens from 9-11:00 a.m., on Saturday, August 20. In lieu of flowers, donations can be sent in Lucinda’s memory to the Durham County Library: https://www.durhamlibraryfoundation.org/make-a-gift/,or to the Duke Lemur Center. Arrangements are with Hall-Wynne Funeral Service. On-line condolences: hallwynne.com.

Offer Condolence for the family of Lucinda McMichael Paris 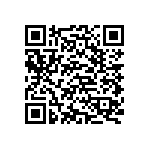