A native of Franklinton, NC, Mrs. Frazier was born July 13, 1928 to the late Lummie C. and Bessie Ross Bridges. She was a long-time member of Union View Baptist Church.

Mrs. Frazier is survived by her brother, Rudy Bridges and wife, Betty, of Youngsville, NC; and several loving nieces and nephews. She was preceded in death by her husband, Horace; and her son, William Henry.

Funeral services will be held 2:00 PM Saturday, August 11, 2007, from the Chapel of Franklin Funeral Service. Burial will follow in Fairview Cemetery.

Friends may visit one hour prior to the service in the funeral home.

The Frazier family is being assisted by Franklin Funeral Service.

Offer Condolence for the family of Lucinda Kathleen Leen Frazier 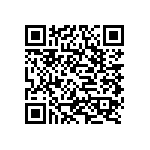