Lucille N. Brown, 84 passed away Saturday March 13, 2010 after a lengthily illness. She was born July 22, 1925 in Philadelphia, PA to Thalia and Arthur Wiggins. In addition to her parents, she was also preceded in death by her two older sisters, Elsie Williams, Ruth Hodges, and her beloved spouse Eugene R. Brown Brownie. Lucille and Gene were married for 29 years. Through their union they shared 11 children.

Lucille worked for the Quartermaster in Philadelphia where she made military uniforms. She was a Civil Servant until she retired 9 years later. Because she never like to sit still after a year of retirement she went back to work part-time. Lucille made choir Robes until her health started to decline.

After the death of her husband she moved to Durham, NC to be near her four children, grand children, and great- grand children. As a result of her pleasing personality and kind heart she made many, many friends. She was respected, and loved by all she came in contact with. She is missed by her children: Carmella Walker of Raleigh, NC, Ramona Ballard Ervin of Durham, Lawrence Lancaster Yen-Lee of Durham, NC, and Russell Lancaster Kathy of Lancaster, PA., and seven step- children: George, Eugene, David, Terry, Lisa, Cheryl, Swainny. She also leaves 34 grand children, 12 great-grands, and 5 great- great grands.

We love her but god loved her more and called his angle home.

A graveside service will be held at Rolling Green Memorial Park in West Chester, PA.

In lieu of flowers a donation to the United Kidney Foundation in her name would be appreciated.

Offer Condolence for the family of Lucille N. Brown 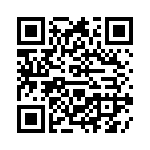