Lucielle was born Lucielle Raynor Brown on February 19, 1913, in Jacksonville, NC, the daughter of Raleigh Lee Brown and Berry Raynor Brown, and passed away on August 8, 2011.

Throughout her life she was a kind and good person, and a good mother and wife. Professionally, she was a very accomplished musician with exceptional self-discipline, perseverance, and organizational ability.

At Durham HS she became a winning soloist at the NC State Music Festival for several years. Upon graduation in 1932, she received a scholarship to attend the Julliard School of Music in New York City. While at Julliard and subsequently, she performed with Sigmond Romberg on the Swift Hour, and also did solo work with Andre Kostalanetz, Paul Whiteman, and Wilfred Pelletier. Her first operatic experience was in Falstaff with Fritz Reiner and the Philadelphia Opera Company.

During her last year at Julliard she received a contract with the Metropolitan MET Opera Company in New York City. Lucielle performed as a principal mezzo soprano soloist at the MET from 1936 until 1951. She sang in more than 500 operatic performances, including 75 performances of “Madame Butterfly” where she performed the role of “Suzuki”. She also performed many times in Carmen, and operas by Wagner, Verdi, and others. During summers she toured throughout the United States with the Opera Company. After leaving the MET she sang in concert, on television, and in her local community.

She eventually retired to her home in Aquebogue, Long Island, NY, where she made many good friends and volunteered in many community endeavors. In 2005, she relocated to Destin Florida to be closer to her family.

Lucielle always said that many of the good things that happened to her in her life were the result of the help and guidance she received from her family and others, particularly Mr. William Twadell of the Durham School system, and the John Sprunt Hill family. Teachers in her school and people in the church identified her talent, provided encouragement, provided financial support, and used their influence to gain an audition and entrance to Julliard.

She was preceded in death by her parents, her husband, Bob, and brother, Bob. She is survived by her sister Mary; sister-in-law, Edith; son, Bob and his wife, Linda; grandson Chris, and his wife Lisa, and great-grandchildren Sienna and Bryan; granddaughter, Cathie Gray, and great-grandson, Nathan; and cousins, Margaret Grissom, Jim Hurst and Dick Bender.

Offer Condolence for the family of Lucielle Browning Somers 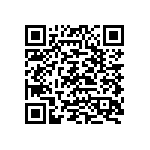