Mr. Weaver was born July 21, 1933 in Goldsboro, the son of Luby Lisker Weaver and Dora Estelle Denning Weaver. He was a graduate of Grantham High School; received his BS in Industrial Arts and a Masters in Education from East Carolina University; and, an Advanced Diploma in Industrial Education from the University of Maryland. Following college, Mr. Weaver served three plus years in the United States Marine Corps.

Mr. Weaver worked as Supervisor of Vocational Education in Cecil County, Maryland, before moving back to North Carolina in 1981 to work with the NC Community College System, from where he retired as Program Coordinator.

His avocation was farming; he also enjoyed woodworking and boating. Mr. Weaver enjoyed traveling, and had visited every state except Alaska during his travels. He was a long time member of Emmaus Baptist Church, where he had served as a Deacon and also taught Sunday School.

The service to celebrate the life of Mr. Luby Shelton Weaver will be held at 4 o’clock Sunday afternoon, June 2, 2013 from Emmaus Baptist Church, with Pastor Steve Moore presiding. Interment will follow in the church cemetery.
Friends may visit with the family from 6:00 – 8:00 pm Saturday evening at Hall – Wynne Funeral Home in Pittsboro.

Online condolences may be left at www.hallwynne.com.

Flowers are acceptable or memorials may be directed to the Emmaus Baptist Church Building Fund.

Offer Condolence for the family of Luby Shelton Weaver 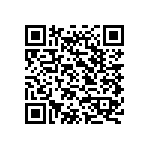