Mr. Jackson was born in Sampson County on August 23, 1932, the son of Luby Pete Jackson and Betty Thornton Jackson. He was manager of Burns Exxon in Pittsboro for 38 years. Mr. Jackson was a member of Hanks Chapel United Church of Christ, where he served on the Board of Trustees, as a deacon, an usher, and participated in the Men’s Fellowship. Mr. Jackson served in the US Army during the Korean conflict.

The funeral service for Mr. Jackson will be held at 3:00 pm Sunday at Hanks Chapel United Church of Christ with Pastors Bob Wachs and Ray Gooch presiding. Interment will follow in the church cemetery. Friends may visit with the family from
6 – 8 pm Saturday at Hanks Chapel Church, and at other times at the residence.

Arrangements for Mr. Jackson are under the care of Hall-Wynne Funeral Service of Pittsboro.

Offer Condolence for the family of Luby Odell Jackson 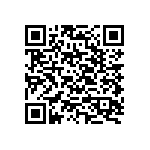