Mrs. Luby Burwell Bryant, 83, of Pittsboro, died June 10, 2007 at The Laurels of Chatham following a period of declining health. Mrs. Bryant was born May 14, 1924 in Chatham County, the daughter of Edward Hale Petty and Inez Victoria White Petty. She was a member of Hanks Chapel United Church of Christ; and, was retired from Chatham Mills.

The service to celebrate the life of Mrs. Bryant will be conducted by the Rev. Robert Wachs at 11:00 am Wednesday, June 13, 2007 from the graveside at Hanks Chapel United Church of Christ Cemetery. Friends may visit with the family from 7:00 – 9:00 pm Tuesday at Griffin Funeral Service and Cremation in Pittsboro, and at other times at the residence of Jerry and Janet Bryant.

Arrangements are under the care of Griffin Funeral Service and Cremation, Pittsboro.

Offer Condolence for the family of Luby Burwell Bryant 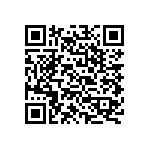