Lt. Colonel Devero Martin, U.S. Army-retired, died Sunday, June 23, 2013 in his Franklinton home at the age of 84. Lt. Col. Martin was born and raised in a small community in western NC known as the Ogreeta section of Cherokee County, about 14 miles from Murphy, NC. The oldest of seven children he was born to the late Fred and Elsie Graves Martin. In addition to his parents, he is preceded in death by his sister, Dollie Smart and his brother, Clyde Martin.

Lt. Col. Martin graduated from NC State in 1954 and shortly thereafter joined the U.S. Army where he retired in 1974 after an illustrious career spanning 20 years. Following his military retirement he started a greenhouse business in Franklinton known as Martin’s Greenhouse which he operated until 1998. Lt. Col. Martin was a member of Perry’s Chapel Baptist Church and a life member of the American Legion and the Disabled American Veterans.

In lieu of flowers, contributions may be made to the Franklinton Fire Dept., P.O. Box 310, Franklinton, NC 27525.On-line memorials: www.hallwynne.com. Select obituaries.

Offer Condolence for the family of Lt. Col. Devero Martin 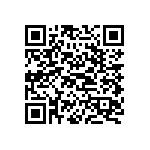