Lo … and Behold
Loyse Lo Hurley 1938 – 2012
It is with sadness that the Board of Chatham Citizens for Effective Communities CCEC bids farewell to our President, colleague and dear friend. Lo had an indomitable will … an unflagging zeal … a “never-say-die” determination to promote the public good and ensure the general welfare … and to defend the land and the people from any and all forces that would impose upon them more than they could bear.

After caring first for an ailing husband, and then for her mother, she refocused her attention ever outward to the needs of her burgeoning community. In so doing, she found a new passion for living and translated it into a life of volunteer service to her fellow citizens of Chatham County. Lo was a founding member of CCEC, and more than anyone else has guided and shaped its purpose of empowering citizens to enhance Chatham’s future.

Her powers of comprehension, attention to detail, penchant for quality control, and ability to attack and possess an issue like a bulldog on a bone soon won the hearts and minds of her peers and colleagues. As the second and perpetual President of Chatham Citizens for Effective Communities no one would allow her to relinquish her role, she led the volunteer troops into battle year after year, regardless of the prevailing political winds. In giving her every waking moment to the issues and causes that impact life in Chatham County, she earned the undying amazement, respect, admiration, gratitude and love of her colleagues and all who benefitted from her work.
If ever there was a poster child for citizen activism and model for civic responsibility, it was Lo. Whether working tirelessly behind the scenes researching an issue, or appearing yet again behind the microphone at public hearings, she has left her fingerprints all over the public record and her indelible mark on the fabric of Chatham County. Her wisdom and wit have imprinted her memory in the minds and hearts of family, friends, and foes alike.

One does not easily forget or dismiss a personality and a person such as Lo, nor can anyone fill the gap that her absence creates. But, having known Lo, we are inspired and challenged to emulate her … to grasp the baton that she has passed on and to run with it. We look back at Lo’s life among us and behold a bold champion of “government of, by and for the people,” and a defender of natural resources, human dignity, and justice for all.

The greatest eulogy tribute that we can offer Lo is to behold how she has selflessly lived her life for others and for the values that gave her reason to remain a fiercely active and dedicated citizen right up to her final breath. In remembering Lo, we would do well also to recall the challenging and hopeful words of another citizen advocate who shared her love for a cause and undying dream for a brighter future for all:
For all those whose cares have been our concern,
the work goes on, the cause endures, the hope still lives, and the dream shall never die.

The Mass of Ressurection for Lo Hurley will be will be held at 11 o’clock Monday morning, February 6, 2012 from St. Thomas More Catholic Church, with Fr. Scott McCue, officiant. Interment will follow in Chapel Hill Memorial Cemetery. Friends may visit with the family on Sunday afternoon from 2:00 – 4:00 pm at Hall – Wynne Funeral Home in Pittsboro.

She is survived by her step-children, Suzanne Mrozak, Stephen Hurley, James Hurley and Bradford Hurley; grandchildren Erica and Claudia; and a cousin, Mary Jane Clerkin. In addition to her parents, Lo was predeceased by her husband, Wesley Hurley.

Arrangements for Mrs. Hurley are under the care of Hall – Wynne Funeral Home of Pittsboro.

Offer Condolence for the family of Loyse Horan Hurley 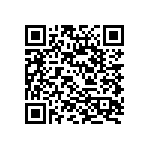