Mrs. Helbert was born February 2, 1938 in Jackson, KY., the daughter of William Reed and Ada Spangler Reed. A long-time Pittsboro resident, she enjoyed square dancing for more than 30 years with her husband Bob. Mrs. Helbert retired as a manager with Sears following 32 years of service. She had also been a licensed realtor since 1994. Following her retirement, she was an administrative assistant with Hall – Wynne Funeral Home in Pittsboro, serving in that capacity for 10 years. She attended First United Methodist Church in Siler City.

Mrs. Helbert is survived by her son and daughter-in-law, Robby and Dolly Helbert; and her daughter and son-in-law Roberta H. and Warren Clark, all of Holly Springs; grandchildren, Bobby Helbert of Washington, DC, Melissa Helbert of Boone, Allison, Sydney and Reed Clark all of Holly Springs; brother, William Reed of Port St. Lucie, FL; and sister, Linda Nixon of Chesterfield, VA. Her husband of 58 years, Robert L. “Bob” Helbert, preceded her in death on August 8, 2012.

The service to celebrate the life of Mrs. Loveda Helbert will be held at 11 o’clock Saturday morning, September 8, 2012 at Hall – Wynne Funeral Home in Pittsboro with Pastors Ray Gooch and Clyde Denny presiding. Interment will follow in Pleasant Hill United Methodist Church cemetery.

Friends may visit with the family from 7 – 9 pm Friday at the funeral home.

The family requests that in lieu of flowers, memorial contributions be sent to Hospice of Wake County, 250 Hospice Circle, Raleigh, NC 27607, in gratitude for the care received by both Mr. and Mrs. Helbert during their illnesses.

Online condolences may be left at www.hallwynne.com, select “Obits” then “Current Services”.

Arrangements for Mrs. Helbert are under the care of Hall – Wynne Funeral Service and Cremation of Pittsboro.

Offer Condolence for the family of Loveda Reed Helbert 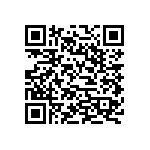