Lourdina was born and raised in Panjim, Goa. She later married in Bombay to Assumcao Trinidade Fernandes, raised two sons Joseph Fernandes (Rebecca) of Dallas, GA and Camillo Fernandes of Durham, NC. After her husband died, she moved to the USA to be with her sons and eventually lived with the younger son in Durham. At the time of her death, she had 5 grandchildren and 17 great grandchildren, as well as those who were conceived but miscarried. She was blessed with a ripe old age and full faculty of her mind. She was a very devotional woman who prayed umpteen dozen rosaries for all who asked for her prayers. She also freely blessed all who asked for her matriarchal blessing, which she did in Latin. May she rest in peace.

A Funeral Mass in celebration of Lourdina’s life will be held at the Immaculate Conception Catholic Church, 810 W. Chapel Hill Street, Durham, NC 27701 on Tuesday, July 30, 2019 at 11:00 am. A reception will be held for family and friends at the church hall following the mass. Burial will follow the reception at St. Matthew Catholic Cemetery in Durham.

Offer Condolence for the family of Lourdina Paixao Camara Fernandes 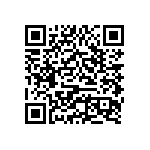