Louis attended the University of Michigan in Ann Arbor where he earned a degree in pharmacy. He joined the Navy and was a member of Public Health Service from 1964-1970. He then went into retail pharmacy and worked until 1985 as a pharmacist.

Louis was an avid gardener and enjoyed the outdoors all his life. He earned the designation, Master Gardener, through community college courses and enjoyed working with both indoor and outdoor plants. Fishing was also a lifelong pastime for Louis.

Louis believed in living a life of service and exemplified his Christian witness through his work with the Knights of Columbus.

A mass of Christian burial for Louis will be offered on Tuesday, February 11,
2020, at 10:00 a.m. at Immaculate Conception Catholic Church in Durham, NC.

In addition to flowers, memorials may be made to The Sierra Club (sierraclub.org).

Offer Condolence for the family of Louis Carl Fras 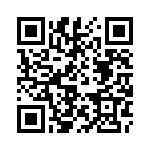