Major Lothar Lot August Hugo Voller, 71, of Pittsboro, North Carolina died in his home on May 13th. Lot was born on January 23, 1941 in Frankfort, Germany to Herta Katharina Ziefer Voller and Moritz Adolf Voller. He was raised in Germany and immigrated to the United States in 1954 where he attended St. Anne’s Academy in Fort Smith, Arkansas and graduated as the class salutatorian in 1959. He later graduated from the University of California, Berkley in 1963 and subsequently earned a Master’s Degree from the University of North Dakota in Economics.

He joined the United States Air Force through R.O.T.C. as a Second Lieutenant in 1963 and served actively until 1969. Lot received numerous commendations including two oak leaf clusters for flying 44 live combat missions on KC-135’s in Vietnam. He served for a total twenty years in the Air National Guard and the U.S.A.F. Reserves, where he was the liaison officer for the United Air Force Academy. He retired with the final rank of Major.

In 1969, he began his career at Inland Steel Company as an industrial engineer and retired as the head of that department in 1990. He is past President of the Institute of Industrial Engineers I.I.E., a global non-profit serving industrial engineering and lean six-sigma management. He was also involved with the domestic and international steel industry where he finished his career with Trade Arbed.

In 1995, he and his son, Randolph Voller, co-founded Voller Realty & Construction, Ltd, which brokered properties and designed and developed real estate. The firm developed both Daniel Ridge in North Chatham County and Chatham Forest in Pittsboro. Lot was very proud to witness the subsequent economic growth in Pittsboro, which resulted in part from the development of Chatham Forest. Subsequently, as the owner of Morris Rowland Construction Services, LLC., Lot took part in the construction of the DSS building in Pittsboro, Virginia Cross Elementary School in Siler City and the renovation of the old Wicker School in Sanford.

He was preceded in death by his parents, his in-laws Diane Nygaard Danning and former New York Giant catcher Harry “the Horse” Danning, and his granddaughter, Lily McCoy Voller. He leaves behind his son, Pittsboro Mayor Randolph Stefan Voller Lesley Landis, and daughters Meredith Katerina Voller, and Cynthia Anne Voller. He was married forty-seven years to his former wife, Viktoria Danning Voller. He is also survived by a sister Ursula Voller Alban and a brother Eddie Short.

Lot lived to the fullest the class motto from St. Anne’s Academy which was “not merely to exist, but to amount to something in life.”

A celebration of life will be held at Hall Wynne Funeral Home, Pittsboro on Thursday, May 17, 2012 from 5 pm until 9 pm. Online condolences: www.hallwynne.com, select “Obits”.

In lieu of flowers contributions can be made to the Greater Pittsboro Community Development Corp., Inc. in the name of “Lot Voller” at any Capital Bank branch or at Post Office Box 1758, Pittsboro, NC 27312. 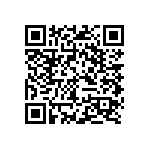