Lorraine Ruth Schneider Ruedi, 90, of Fearrington Village in Pittsboro, died June 6, 2008 at The Laurels of Chatham following a lengthy illness.

Lorraine was born November 29, 1917 in Calumet City, Illinois, the daughter of Morris and Ruth Perkins Schneider. Lorraine’s protestant religion was Methodist; she was retired as a secretary from the lead manufacturing industry.

Surviving are her daughter, Gayle Ruedi of Pittsboro; a brother, Bob Schneider; and several nieces and nephews.

The service to celebrate Lorraine’s life will be conducted by Pastor Morris Hudgins at 2:00 pm, Wednesday, June 11, 2008 from Griffin Funeral Service in Pittsboro. Interment will follow at a later date in Illinois.

Arrangements are under the care of Griffin Funeral Service and Cremation of Pittsboro.

Offer Condolence for the family of Lorraine S. Ruedi 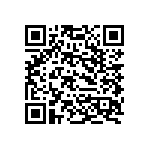