Lorelei was born May 13, 1975 in Webb County, Texas, the daughter of George Richard Douglas and Sonia Laura Garcia Douglas.

She was a graduate of the University of North Carolina at Chapel Hill, and was the Vice-President of Barnes Precision Machinery.

The service to celebrate the life of Lorelei Douglas Barnes will be conducted at 2 o’clock, Sunday afternoon, April 28, 2013, from the graveside on the Barnes Family Farm. Friends may visit with the family following the service.

Memorials may be directed to the preferred cancer charity of the donor’s choice.

Arrangements for Mrs. Lorelei Barnes are under the care of Hall-Wynne Funeral Service and Cremation of Pittsboro.

Offer Condolence for the family of Lorelei Douglas Barnes 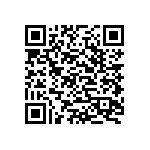