OXFORD:
Lois S. Vaughan, age 86, died Monday, August 3, 2009. She was a native of Granville County and the daughter of the late Ossie and Lizzie Culbreth Younge and the widow of Woodis L. Vaughan. She was a member of Amis Chapel Baptist Church and was dedicated to her church, husband, son, daughter-in-law, grandchildren and great grandchildren. Ms. Vaughan retired as office manager from Farm Credit Service after 35 years of service. Before she was diagnosed with Alzheimer ‘s disease in 2003, she was very active in Amis Chapel Baptist Church, and always visited shut-ins at home and in the nursing homes. She had the Love of God in her heart and showed it by her gentleness and kindness to others.
Funeral services will be conducted at 11:00 A.M. on Thursday, August 6, 2009 from Amis Chapel Baptist Church by the Rev. Terry Howard. Burial will follow at Meadowview Memorial Park.
Surviving is one son, Enhart “Ernie” Sherrell and wife Vivian of Wake Forest; three grandchildren, Younge Sherrell and wife Kathy of Raleigh, Patrick Sherrell and wife Erika, of Clayton and Monica Ford and husband Derek of Youngsville; four great-grandchildren, Peyton and Greyson Sherrell, of Clayton, Emily and Dylan Ford, of Youngsville. She was preceded in death by two sisters, Mary Helen Smith and Ruby Elliott.
Flowers are accepted or memorials may be made to Amis Chapel Baptist Church, 9189 Amis Chapel Road, Oxford, NC 27565.
The family will receive friends from 7:00 P.M. until 8:30 P.M. on Wednesday, August 5 at Gentry-Newell and Vaughan Funeral Home and at the other times at the home. Gentry-Newell and Vaughan Funeral Home is in charge of services. Online memorials www.gnvfh.com select obituaries.

Offer Condolence for the family of Lois S. Vaughan 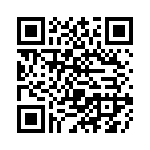