Lois Lane Purvis, 99, passed away on Monday, August 5, 2019 from kidney failure and its complications.  She is survived by her daughter Jayne Cunningham of Hillsborough, NC, her son and daughter-in-law Tom and Darlene Purvis of Orlando, FL, her granddaughter Kathryn Ann Cunningham of Garner, NC, and many wonderful nieces and nephews.

Lois was born on March 1, 1920 as the youngest daughter of Henry Elsbery Lane and Martha Jane Lane of Chowan County, NC.  She graduated from Louisburg College, Louisburg, NC, in 1939. On May 10, 1941 she married Thomas Theodore Purvis of Savannah, GA. During World War II Lois worked in Edenton, NC, supporting the war effort while her husband was fighting in Europe.  After the war they made their home in Savannah, GA, where Lois worked for the Army Corps of Engineers until the birth of their son.  She worked as a volunteer for over 35 years at St. Paul’s Episcopal Church as Bookkeeper and Treasurer. She retired at the age of 88 and moved to Durham, NC.

On Thursday, August 8, 2019 at 2:00 pm services will be held for Lois at St. Stephen’s Episcopal Church, 82 Kimberly Dr., Durham, NC.  Arrangements in Durham are being made by Hall-Wynne Funeral Service. On Saturday, August 10, 2019 at 11:00 am a second service will be held in Savannah, GA, at The Collegiate Church of St. Paul the Apostle, 1802 Abercorn St.  Following the service burial will be in Bonaventure Cemetery, 330 Bonaventure Rd, Savannah, GA.  Arrangements in Savannah are being made by Fox and Weeks Funeral Home.

Offer Condolence for the family of Lois Lane Purvis 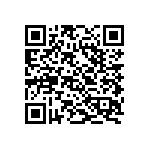