Lois L. McKelvey Neely, age 83, died at Durham Regional Hospital on Sunday, May 6, 2007. Mrs. Neely was born on March 2, 1924, in Shadyside, Ohio, Belmont County, Ohio to the late Clyde McKelvey and Mildred Corbett McKelvey. She graduated in 1947, from the Capitol City School of Nursing in Washington, DC. Prior to retirement in 1982, Mrs. Neely worked at Frye Regional Medical Center, Hickory, NC. Lois Neely was a member of the Hickory First Assembly of God in Hickory, NC.

Graveside funeral services will be held 2PM Wednesday in the Catawba Memorial Park, Hickory, NC. Presiding will be Kenneth Rudisill. Burial will follow.

Visitation will be held from 6 to 8 PM Tuesday at Hall-Wynne Funeral Home.

Offer Condolence for the family of Lois L. McKelvey Neely 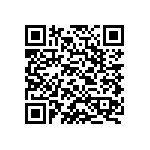