Lloyd was a graduate of the University of Georgia and was an avid Bulldog fan. Lloyd served in the Navy for six years and was proud to have been a plankowner of the USS Saratoga CVA60. He was a loving man with a unique sense of humor.

Lloyd is survived by his wife Mary Louisa Bryant of Cary, NC; daughters Susan Bartholomew and husband Ron of Raleigh, NC; Becky Lamb and husband Hugh of Stuarts Draft, VA. Lloyd was preceded in death by his brother Michael Bryant.

Lloyd will be buried at sea by the United States Navy.

Offer Condolence for the family of Lloyd Dowden Bryant, Jr. 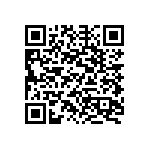