Clement Yancey, 94, died peacefully at his home on July 14, 2017. He was born on June 3, 1923 to William Thornton and Laura Clement Yancey in Oxford, North Carolina. He graduated from Oxford High School in 1939 and Mars Hill College in 1941. He then served in the United States Army as a Quartermaster Sergeant during World War II. After the war, he returned to the University of North Carolina at Chapel Hill where he earned his Bachelor of Science degree in Commerce in 1947. He returned to Oxford after graduation, joined the family auto business, and met and married Mary Elizabeth Austin with whom he lived happily for nearly 60 years until her death in 2008. Clement was also predeceased by his parents, his brother William T. Yancey, Jr., and his sisters-in-law Ruth H. Yancey and Blanche S. Yancey.

Clement Yancey was a successful businessman who worked for over 67 years in partnership with his beloved brother “Moo” Yancey in the automobile business and in family property management until his death. He was also an active civic leader in the Oxford community. He served on the local board of directors for Oxford National Bank and on the local and state board of directors for Planters National Bank which would later become Centura Bank. He was a charter member of the Thorndale Country Club and served on its board of directors for many years including his years as club president. A longtime member of the Oxford Rotary, he served as president and as a Paul Harris Fellow. He also served on the Oxford City Council for 12 years including his work as Mayor Pro Tem. He especially enjoyed his service on the Committee of 100, an economic development project for Oxford and Granville County.

A longtime member of Oxford Baptist Church, Clement was a Sunday school teacher, a deacon and a deacon chair. He worked on a variety of church committees, and when asked to serve on the Chowan University Board of Trustees, he completed several terms and was honored with the Lifetime Achievement Award when he retired from that board. In recent years, he has worshipped at the Oxford Presbyterian Church as a result of his special friendship with The Reverend Alan Koeneke who will officiate at Clement’s services.

In lieu of flowers, the family requests that contributions be made to the Oxford Presbyterian Church (121 Gilliam Street Oxford, NC 27565) or to The Colonial Williamsburg Foundation.

A memorial service to celebrate the life of Clement Yancey will be held at the Oxford Presbyterian Church (121 Gilliam Street, Oxford, NC) at 11:00 a.m. on Wednesday, July 19, 2017. A private graveside service for the family will precede the church service.

Offer Condolence for the family of Lindsay Clement Yancey 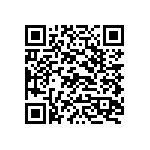