ASHEVILLE- Linda Louise Waterman, 66, passed away on Sunday, March 26, 2017 at Duke University Hospital in Durham. Linda was born on October 4, 1950 to the late George A. Daniels and Mary Louise Schwartz. She was preceded in death by her father, and sister Reva Kangas. She is survived by her mother Mary Daniels, her husband of 40 years John Waterman, her son George Waterman, brothers George Daniels, Tim Daniels, and Scott Daniels, and numerous nieces and nephews.

Linda was born in California, lived for many years with her husband in Colorado where they enjoyed camping and hiking in the national parks. She was an accomplished artist who painted murals in acrylics, and more recently specialized in smaller format watercolors. She was also a life-long fan of British royal history, and enjoyed two vacation trips to England in the 1990s. She was widely read in several branches of literature and could quote many passages in Shakespeare from memory. For the past several years she was active in church activities at Saint Mary’s Episcopal Church in Asheville.

A memorial service will be held on Saturday, April 22nd, 2017, 2 pm at The Cathedral of All Souls, 9 Swan St, Asheville, NC 28803. Officiating will be The Very Rev. Todd Donatelli.
A reception will be held at the church after the service.
(An earlier announcement listed St Mary’s Church as the location, but it has since suffered a structural difficulty.)

In lieu of flowers, please consider a memorial contribution to the American Heart Association, or to the charity of your choice.
The Waterman family is under the care of Hall-Wynne Funeral Service. Online condolences: www.hallwynne.com, select obituaries.

Offer Condolence for the family of Linda Louise Waterman 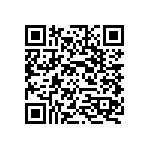