Linda graduated from Thorton Fractional High School in Chicago, IL in 1949. In 1951, she graduated from the nursing school at Passavant Memorial Hospital of the Northwestern University Medical Center and married her husband, Robert B. Jennings, MD. She was an active member of the Campus Clubs of Duke University and at the Northwestern University Medical Center in Chicago, IL. Also, she was an active member of St. Philip’s Episcopal Church, Durham, NC as well as St. Augustine’s Episcopal Church, Wilmette, Illinois.

She lived in Wilmette, IL from 1953 to 1975 and then moved to Durham, NC where her husband became Chairman of the Department of Pathology of Duke University Medical Center.

She was an officer of the Medical Faculty Wives Organizations of both Northwestern and Duke University Health Centers. In addition, she served as an officer of the Hope Valley Garden Club and was a member of the Hope Valley Country Club. She served for many years on the altar guilds of St. Augustine’s Episcopal Church in Wilmette, IL, and St. Philip’s Episcopal Church in Durham, NC.

She worked at the Nearly New Shoppe of the Duke University Medical Center every Friday for 40 years. She enjoyed taking vacations at the family farm on the Virginia side of the Chesapeake Bay. Her favorite time on vacation was in England in 1961, where she spent a year with her family while her husband was on sabbatical leave. She was known to be a loving wife and mother.

Offer Condolence for the family of Linda Lee Jennings 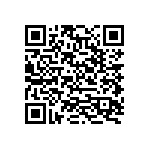