Mrs. Linda Faye Wright Montoya, 69, of Churchwood Lane, Pittsboro, died March 26, 2010 at her home.
A native of Lee County, Mrs. Montoya was born August 12, 1940 to Premon and Thelma Rowell Wright. She grew up in the Bear Creek area of Chatham County. Mrs. Montoya traveled the world with her husband during his career in the US Air Force. During that time she was employed at Arizona State University. Upon relocating back to the Chatham County area some 20 years ago, she worked at the UNC at Chapel Hill Medical School until her retirement.
Mrs. Montoya is survived by her husband of over 50 years, John Manuel Montoya; her daughter, Sandy Cutler of Moncure; sons, Van Montoya of Mesa, AZ, Jerry Montoya of Pittsboro, and David Montoya of Morrisville; her mother, Thelma Wright Ferrell of Sanford; sisters, Frances Pryce of Pittsboro and Jeanette Scott of Sanford; and five grandchildren. Mrs. Montoya was preceded in death by her father, and a brother, Carl Ray Wright.
The funeral service for Mrs. Montoya will be conducted by Pastor Ray Gooch at 3:00 pm Tuesday at Hall-Wynne Funeral Service, Griffin Chapel, in Pittsboro. Friends may visit with the family at the funeral home on Tuesday afternoon following the funeral service. Private cremation will be held later at the Hall-Wynne Crematory.
Memorial contributions may be directed to either Community Home Care & Hospice, 1414 East Eleventh Street, Siler City, NC 27344, or to the Chatham County Senior Center, 365 NC 87 North, Pittsboro, NC 27312.
Online condolences may be sent to www.hallwynne.com, Select “Obituaries”.
Arrangements are under the care of Hall-Wynne Funeral Service, Griffin Chapel, of Pittsboro.

Offer Condolence for the family of Linda Faye Wright Montoya 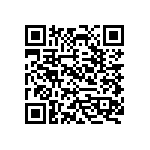