Beloved wife and mother of five, devout Catholic, and a patriotic American who loved to travel the world

Lillian Elizabeth Austin entered this world in Manhattan, New York on May 6, 1926.  She was the eldest daughter of three born to James Christian and Lillian Ruth (Robertson) Soelle.  She will be missed by all as she journeys to be with her husband Ted.

Lillian grew up in the Great Depression and was a member of the greatest generation – keeping a Victory Garden during WWII and recalling that her father abandoned political partisanship with the attack on Pearl Harbor just recently remembered.  She attended high school in White Plains, NY, and mastered the dreaded Regents Exams.  She applied only to Cornell University in Ithaca, NY, where she was accepted.  After a senior year studying abroad in Switzerland at the University of Geneva, Lee returned to graduate in 1948.  She then set her sights on the U.S. Foreign Service, passed the rigorous entrance tests, and served as a secretary in Bucharest, Romania and then in Lisbon, Portugal.  At that post, she met Theodore L. Austin Jr., on duty as a Marine guard one night – who allowed her entry even though she was without identification – the start of a relationship that lasted 58 years.  She was his “pen pal” in correspondence of those early years.  Ted and Lee were married in November, 1953 in Warren, Pennsylvania and went on honeymoon to Jamestown New York.  Their marriage and devotion to each other were strong and abiding; they raised five children (two sons and three daughters) born between 1954 and 1968 with love and firmness.  In addition to a variety of jobs that included substitute teaching and work at the Food and Agricultural Organization in Rome as well as the State Department Medical Office, Mom exhibited tenacious genealogy skills.  She documented her family’s lineage back to Roger Sherman, one of the signers of the Declaration of Independence, and was a member of the Daughters of the American Revolution for many years.

The family pays respect and gratitude to the many caregivers who were at her side, in particular, Natassia, Ruth, and Liz, as well as the UNC Hospice team.

A Mass of Christian Burial will be celebrated  on Monday, February 6, at 10:00 am at St. Thomas More Catholic Church, 920 Carmichael Street, Chapel Hill, NC. Burial will follow in St. Matthew’s Catholic Church Cemetery.  The family will receive visitors one hour prior to the Mass from 9-10 am in thr church.

Offer Condolence for the family of Lillian Elizabeth Austin 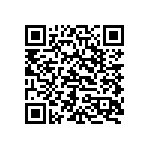