Lewis A. Cheek, 64, died unexpectedly at home on June 16, 2015. He was born in Philadelphia, Pennsylvania on May 9, 1951 to the late Dr. John Merritt Cheek, Jr. and Margaret Lincoln Harris Cheek. He was a graduate of Durham High School and received his undergraduate degree, phi beta kappa, from Wake Forest University, as well as his Juris Doctor degree from Wake Forest Law School. Lewis was a member of Watts St. Baptist Church in Durham. Mr. Cheek practiced law, primarily in Durham, since 1976 and tried in excess of fifty jury trials to verdict. He also served on the Durham City Council from 1999-2003, including as Mayor Pro Tem the last two years, and on the Durham County Board of County Commissioners from 2004-2008.

Lewis taught respect and humility, loved God and his family, was an honest and forthright man, always did what he thought was right, and could shoot a basketball from deep like nobody’s business.

Memorial Services will be held 11 a.m. Friday at Watts Street Baptist Church, 800 Watts Street, Durham. In lieu of flowers, donations may be made to TROSA, 1820 James St. Durham, NC 27707 (www.trosainc.org). The family is being assisted by Hall-Wynne Funeral Service, Durham. Online condolences at www.hallwynne.com.

Offer Condolence for the family of Lewis A. Cheek 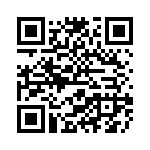