Mr. Les was born January 24, 1914 in Brantford, Ontario, Canada to the late William and Mary Rainey. He dedicated his life to serving God after becoming a Christian at an Inter Varsity Christian Fellowship camp as a teenager. He trained at Dallas Theological Seminary, The King’s College of London and the Hebrew University in Jerusalem. He was a missionary to Bermuda, Israel and Africa for over 50 years. In Zambia and Zimbabwe, Les wrote digests of the Scriptures which were used as texts for religious instruction classes in these countries. He also lived in South Africa and Kenya and traveled extensively all over the world teaching the Word of God.

He is the author of a dozen books. He retired initially to Victoria, British Columbia, but then returned to Augusta, Georgia to work with his dear friends at Bethany Chapel, before moving to North Carolina to be nearer to family. Mr. Les was known for his 98 years of joyfulness and unfailing good cheer. He was a blessing to everyone he came in contact with and enjoyed rich and lasting relationships with friends all over the globe. He loved life and people and never stopped sharing the good news of the Gospel.

Proceeding Mr. Rainey in death along with his parents are six siblings, Margaret, John, George, Mary, David and Jean. Also his first wife, Audrey Butler Rainey and second wife, Anna Grace McLaren and her daughter Cynthia Myers. Surviving Mr. Rainey are his sons, Jonathan Kim, David Shannon and Daniel Marie, and his daughters Sharon Scott Jon and Karen Howell. Also surviving are 11 grandchildren, and his very dear friend, Mrs. Mae Brown. The Family wishes to thank all of the staff at PCV for their loving care of Papa over the past 3 years.

Offer Condolence for the family of Leslie Samuel Rainey 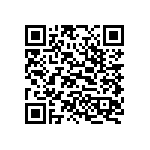