Lesley Loftis Weaver died in the presence of her family on June 2, 2017 at age 65 after a five-year battle with fallopian tube cancer.  She was born in Durham, NC on November 3, 1951 at Watts Hospital to Dorothy and Shuler Loftis.  She attended Club Boulevard Elementary, Brogden Junior High and Durham High School.  After attending Queens College and the University of Georgia, she graduated from the University of North Carolina at Chapel Hill with a degree in Sociology in 1974 and was married to Bill Weaver that year.  Lesley served as the choir director and organist at Pleasant Green United Methodist Church for forty years.  For over ten years, she taught middle school students with autism at Durham School of the Arts and Brogden Middle School.  She influenced the lives of many children through her work in the church and with special needs students.  She was a lifelong resident of Durham and a strong supporter of public school education.  The last year of her life was spent doing what she loved: traveling, spending time with family, and watching the Tar Heels win the NCAA Championship.  She was a wonderful mother and grandmother.

She is survived by her daughter and son-in-law, Elizabeth and Jeff Dehmer; son and daughter-in-law, Will and Michelle Weaver; grandchildren Joe and Anna Dehmer; mother Dorothy Loftis, and brother Christopher Loftis.  Her father, Carlton Shuler Loftis, preceded her in death.

Offer Condolence for the family of Lesley Loftis Weaver 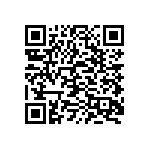