He graduated from Wyoming Seminary in Wilkes Barre, PA in 1939 and then attended Syracuse University where he was involved in their rowing program and a member of the Psi Upsilon fraternity. He graduated in 1943 with a degree in Business and attended Officer Candidate School at Columbia University. Commissioned in the U.S. Navy as a Lt. jg, stationed in the South Pacific during WWII from 1943 until the end of the war, Leonard was with the Standing Landing Craft Unit, No. 24 and part of the invasion for the battle of Leyte Gulf. Duty and honor to his country were paramount to him throughout his life.

He married his dear wife, Elizabeth, in 1947, and they initially settled in Syracuse. But, he began his business career in earnest with Standard Pressed Steel Technologies headquartered in Jenkintown, PA in 1948 as a sales representative and rose to the position of Director of Investor Relations, retiring in 1989. Leonard and his family moved to the Philadelphia area in 1956, when he received a promotion in the home sales office for Standard Pressed Steel Technologies. Loving his work life in sales, marketing and public relations, he became a manufacturer’s representative for Feldmeier Equipment Inc. of Syracuse NY, until he finally retired in 2006.

He was a pure gentleman in every sense and lived by the credo “do unto others.” He was a devoted husband and the consummate father to his daughters. But, he was most known for his sense of humor and joke telling abilities. He could talk to anyone – from any walk of life … in any type of situation…about any subject – sports, history, art, the classics, current events, economics, jazz, and the opera. He was a wealth of knowledge on many subjects. He and his wife traveled to New York City to enjoy the museums and the opera on many an occasion.

Leonard was a member of several clubs in Philadelphia including Bachelors Barge Club and the Button, where he enjoyed the camaraderie, spirited conversations and dinners on a semi weekly basis; the Penllyn Club in Gwynedd where he enjoyed tennis, platform tennis, Tuesday night cocktail parties, and picnics in the summer with friends. And, for 45 years, he was a member of Manufacturers Golf and Country Club where he enjoyed spending time with his wife, his children and friends. He was a man of faith, a devout Episcopalian and attended St. Thomas’ Whitemarsh every Sunday for the 8:00 AM services and then attended Chapel of The Cross in Chapel Hill, NC after moving to Chapel Hill eight years ago.

A private family Eucharist service and burial will be conducted at St Thomas’ Whitemarsh, PA. A memorial service will be announced at a later date.

Offer Condolence for the family of Leonard Hanley Clark 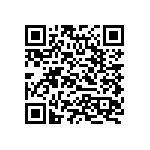