He was born April 4, 1927 in Chatham County. Mr. Mann was predeceased by his wife of 49 years, Elsie; his parents, Ruth H. Mann and W.K. Mann; brothers, Tom and Glenn; and grandson, Curt.

Mr. Mann was a veteran of World War II and the Korean War. He was a retired designer – draftsman from Bell Telephone Labs, Rockwell International and Combustion Engineering, Inc.

The funeral service for Mr. Mann will be held at Brown’s Chapel United Methodist Church in Pittsboro on Tuesday, August 24, 2010 at 3:00 pm. Interment will follow in the church cemetery. Visitation will be held from 6 – 8 pm Monday at Hall-Wynne Funeral Home in Pittsboro, and at other times at the residence.

Offer Condolence for the family of Lee Norris Mann 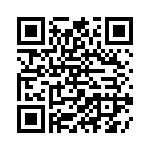