Lawrence T. Yang, 21, of Durham, passed away unexpectedly on Monday, June 10th, 2013. He was born March 21st, 1992 in Brooklyn, New York to Chin C. Yang and Meng C. Yang-Lin. Lawrence attended Jordan High School and graduated in 2010. He was junior and attended UNC @ Greensboro.
He loved sports, music, movies, and video games. His favorite sports teams are anything New York, except the Jets & Nets. One of Lawrence’s most favorite basketball players is T-Mac. I am sure he was smiling to when T-Mac played this week. He did everything with a passion. From C.O.D, Gears, 2K or Madden, he strived to be the best. His genuine personality could always being a smile to anybody. Lawrence’s own little mantra was to keep on smiling. He had the most amazing and infectious smile.
He is survived by his parents; Chin C. Yang and Meng C. Yang-Lin of Durham; a brother, James T. Yang of Durham and sister, Mary Ann Khamdy; his Grandmother, Han Ying Yang of New York.
The Family will be present to receive friends 9:00 – 11:00am, Sunday at Hall-Wynne Funeral Service, 1113 W. Main Street, Durham. Share your condolences at www.hallwynn.com

Offer Condolence for the family of Lawrence T. Yang 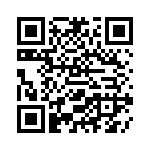