Dr. James Lawrence Frank, Sr (Larry Frank) passed away peacefully on Monday, February 11th. surrounded by his loving family.  He was born in May 1939 in Mt. Airy, NC, the third child of John and Rebecca Frank. In his middle school years, inspired by Albert Schweitzer, he decided to become a doctor. He followed through on this vision, excelling at school and getting accepted to Duke University and Duke University Medical School. Growing up, he was an avid participant in the Methodist Youth Group, a straight A student at Mt Airy High School as well as a stellar high school athlete in both football and basketball.  During his senior year in high school, he was named “Mr. Mt. Airy High School”.

Like his father, Larry attended Duke University where he majored in chemistry on his way to becoming an orthopedic surgeon.  At Duke, he was a high jumper on the Varsity track team and played on the Junior Varsity basketball team. He remained affiliated with Duke basketball as a medical resident when future NBA legends Chuck Daly and Hubie Brown served as assistants. He was also the president of the Pi Kappa Alpha fraternity. After college, he attended Duke Medical School where he met the love of his life, his future wife, Mary Harriette McGehee.  They married in 1963 during Larry’s time in medical school at Duke.  He completed his residency at Duke and then served two years as a major in the US Army in Texas. Upon returning to NC in 1973, he joined a four-person orthopedic practice with Doctors Bugg, Coonrad and Lincoln. He stayed with this practice as they ultimately merged with Triangle Orthopedics until his retirement.

His fellow doctors remarked on Larry’s kindness, generosity with everyone, his wry wit, and his skill in his work and dedication to his patients.  With his children, he loved to explore the outdoors, boat on nearby lakes and ocean, play golf and discuss and debate books, science and the issues of the day.  He grew to love the menagerie of pets that added to his quality of life. A hallmark of Larry was that when he decided to do something, he went at it a 100 percent, from renovating their current home, planting azaleas, tending the tomatoes in the family garden, and building model ships. He had a fulfilling retirement travelling the world, enjoying the pleasures of home such as movies, the latest television series, and listening to music, and cheering for Duke basketball as a long-time Iron Dukes member. More than anything, Larry loved spending time with his family.

Larry is survived by his wife of 55 years, Harriette, sons, Lawrence (Laurie), Miles (Mary Margaret), John (Amy), and daughter Lara (Mark); as well as six grandchildren – Noah (19), Olivia (16), Maeci (15), Sophie (13), Jonah (13), and Latham (13).  He is also survived by his older sister, Claire Merritt, and brother and sister-in-law, Smith and Janet McGehee of St. Louis, MO, and numerous cousins, nephews, and nieces. Also surviving are beloved pets (dog Jack and cats Sylvie, Cinderella, Percy, Tracy, Casper, Sirabi, and Janelle). Larry was preceded in death by his parents, John and Rebecca Frank, his brother John “Bud” Frank, Jr. and his sister, Rebecca “Becky” Frank.  Larry was known for his Elvis-like dance moves, his huge heart and quick wit and was beloved by many.

Larry’s service will be held on Saturday, March 30 at 1 pm at the Washington Duke Inn, 3001 Cameron Boulevard  in Durham.

If you would like to honor Larry’s memory, the family encourages you to donate to the Animal Protection Society of Durham (2117 E Club Blvd, Durham, NC 27704 or https://www.apsofdurham.org) or to the Blue Ridge Conservancy (https://blueridgeconservancy.org).

“The purpose of life is to be useful, to be honorable, to be compassionate, to have it make some difference that you lived and lived well.” – Ralph Waldo Emerson

Arrangements for the Frank family are under the care of Hall-Wynne Funeral Service, Durham, NC. Online condolences: www.hallwynne.com; select obits.

Offer Condolence for the family of Lawrence “Larry” Frank 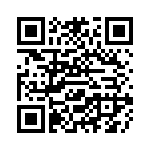