DURHAM: Laurie Elaine Adams, 51, died unexpectedly at home Thursday. She was born November 14, 1964 in Durham to Marvin W. and Eleanor Wells Adams. Laurie graduated from Jordan High School, and was a graduate of UNC-Wilmington with a double major in accounting and business management. Following graduation, she began her career with the EPA as an auditor for the Inspector General, a position she proudly held until her death.

Laurie was an ardent Duke Blue Devil’s fan, who rarely ever missed watching a game since childhood. She had a great flair for adventure with a love for travel, especially internationally. Laurie was fiercely loyal as a mother, daughter and friend. She was perceptive to those in need, generously giving of herself to others.

Laurie is survived by her daughter, Cassidy Adams; her parents Eleanor and Marvin Adams of Durham; and loyal canine companion, Freckles.

Offer Condolence for the family of Laurie Elaine Adams 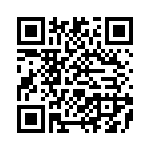