Beloved wife and friend. Passed away in her adopted home, Durham, North Carolina on March 31, 2017 after a seven year struggle with ovarian cancer. She was born on October 20, 1966 in Bakersfield, California to Sara Elisabeth (Beat) McLennan and William Kenneth McLennan. Her first year was spent on the family oil lease in Fellows, CA. The family then moved to Santa Barbara, CA. She attended the Laguna Blanca School from which she graduated high school in 1984. She graduated from Pomona College in 1988 with a degree in biology. During her school and college days she was active as a competitive swimmer. She achieved a PhD from University of California at Davis where she studied insect behavioral ecology.
In 1996 she moved to Durham where she briefly taught biology at Durham Technical Community College and prepared for a new career as a computer programmer in the SAS language. Eventually she became a statistical programmer for clinical trials and team leader at Rho, Inc. of Chapel Hill. At the same time she trained as an instructor in Kali Ray Triyoga and taught for 15 years in the Durham area. She also took up bicycling and did the Cycle North Carolina Mountains to Coast Ride twice. She was especially proud of her community service. She served Durham’s Longmeadow Neighborhood Association as a Block Captain, Neighborhood Watch Coordinator, President and Representative to the Durham Police Department’s Partners Against Crime
Along the way she met Alexander (Alex) van Nievelt with whom she went on bird-watching, hiking and kayaking trips. In 2002 they were married in Cambria, CA. They muddled through marriage, but it was a “good muddle”. Neither would have had it any other way. From 2008 to 2012 she served as Alex’s caregiver when he suffered from severe depression and from the effects of ECT. In 2012 their roles started to reverse as Laurie’s cancer recurred and the neurotoxic effects of her chemotherapy became more pronounced. At the end Laurie received outstanding care at the Duke Hospital and Duke Hospice (Hock Family Pavilion).
Laurie is survived by her husband; sister-in-law Caroline Johnson (Sigmond) and nieces Abigail and Penelope; and Devon and Camille McLennan. She is also survived by a gang of truly great friends. Mary, especially, was like a sister. They will all miss her.
If you are so inclined make a donation in her memory to the Nature Conservancy (www.nature.org). A gathering to celebrate her life is planned. Contact afhvn@me.com. Arrangements are under the care of Hall-Wynne Funeral Service. Online condolences: www.hallwynne.com.

Offer Condolence for the family of Laurie Anne McLennan 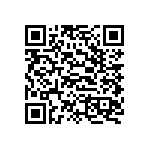