Mrs. Laura Blair Johnson, 94, of Pittsboro, NC, peacefully passed away in her home in the early morning of April 1, 2014, while surrounded by her family.

A native of Scotland County, Laura was born July 25, 1919 in Laurinburg, NC to the late John Brantley Muse and Annie Laura Gilchrist. She was a graduate of Peace College and UNC-Greensboro. After graduation, she taught 4th grade in Chatham County Public Schools. Laura met and married Henry K. Blair, Sr. and became a homemaker. She was very active in the Pittsboro United Methodist Church, the United Methodist Women, and the Pittsboro community for many years. She was a faithful servant of God.

Online condolences may be left at www.hallwynne.com, select “Obits”. The arrangements for Mrs. Johnson are under the care of Hall – Wynne Funeral Service Griffin Chapel of Pittsboro.

Offer Condolence for the family of Laura Blair Johnson 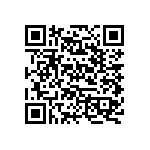