Larry Spencer Pickett, 65, died after an extended battle with cancer on Thursday, December 9, 2010 at Hock Family Pavilion surrounded by his loving family. He was born on January 11, 1945 to Geraldine Bailey Pickett and the late Cecil Spencer Pickett.

Larry was a proud 22 year veteran of the U. S. Air Force. Following retirement, he was the airspace manager at Seymour Johnson Air Force Base, Goldsboro.

Larry was preceded in death by a grandchild, Jordyn Williams.

In addition to his mother he is survived by a daughter, Amy Williams of Goldsboro; son, Chris Pickett of Ponte Vedra Beach, FL; grandchildren, Bailey Pickett, Faith and Jacob Williams.

A funeral ceremony will be held 2:00 PM Saturday, December 11, 2010 with military honors from the Chapel of Hall-Wynne Funeral Service in Durham.

Friends may visit immediately after the service in the chapel

In lieu of flowers, memorial contributions may be made to The Little Red Foundation, 935 Matthews Lane, Rougemont, NC 27572

Offer Condolence for the family of Larry S. Pickett 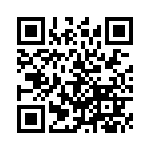