Lakhone Joy Phanhtharath, age 58, of Oxford, North Carolina passed away on Saturday, September 2, 2017 after a long courageous battle with cancer. She was surrounded by her loved ones as she peacefully passed away at Maria Parham Hospital.

Lakhone was born on June 1, 1959 in Savannakhet, Laos. In 1980 she immigrated to America. She became a United States citizen in 2000. In more recent years, Lakhone worked as a casino card dealer in various casinos. She had to retire due to her illness. She is survived by her two daughters, Ummala (Troy) Rowley of Oxford, Linda Phanhtharath of Decatur, AL; seven grandchildren, Damion Praseutsy, Keirra Rowley, Troy Rowley Jr., Makaio Rowley, Liyah Garner, Darrius Wiggins Jr., and Gavin Wiggins. Lakhone also leaves behind her sister, Naly Sacksith of Fresno, CA, as well as nieces, nephews, numerous cousins, and close friends.

Lakhone enjoyed gardening, cooking Lao food, and simply spending time with her family and friends. As a grandmother she had a specialty for bringing great joy, love, and laughter to all of her grandchildren. 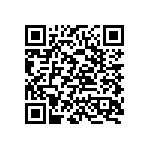