La Rue F. Moritz passed away the morning of March 4, 2011 at Hillcrest Convalescent Center in Durham, NC at the age of 91 after several months of illness. She was born in Wake County the daughter of Thomas Anderson Ferguson and Lydia Thompson Ferguson, but lived most of her life in Durham.

There will be a brief memorial service conducted by the Reverend Chris Dickerson at Maplewood Cemetery Columbarium assisted by Hall-Wynne Funeral Home at 11:30 am on Monday, March 7, 2011. Following the service family and friends are invited back to the home of her daughter for a luncheon and celebration of her life.

The family request that in lieu of flowers memorial gifts be made in La Rue’s memory to Duke Hospice at 4321 Medical Park Drive, Suite 101, Durham, NC 27704 or to your favorite animal rescue organization.

Offer Condolence for the family of La Rue F. Moritz 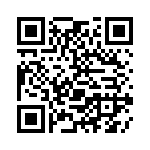