He was born in Richland, Wa. on January 31, 1956, to the late Charles and Janie Ann Simpson. He graduated from Columbia High School in in 1974 in Richland, Wa. and from Columbia Basin College in Pasco, Wa. in 1976. He met his future wife, Jennie Laurie Schuyler, on a blind date, and he fell for her right away. They married within the year, on August 17, 1985. He worked as a journeyman millwright on the Hanford Reservation in Richland, Wa. He and his wife moved to Durham, N. C. in 1992 where he pursued a varied career. He enjoyed following the news, watching old movies with his family, and socializing with his friends and loved ones across the country.

He was the father of two daughters, Ann Grace and Emily Elizabeth. He is also survived by his wife, Jennie, his older brother Virgil Simpson of Bremerton, Wa., younger sister Alison Marschman of Idaho Falls, Id., and many nieces and nephews.

Offer Condolence for the family of Kyle Lee Simpson 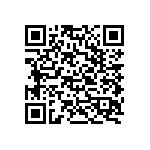