Mr. Kuruvilla Abraham (Averachen) passed away on February 14, 2019. He was the loving husband of Ammini Abraham. He was also a devoted, caring father to three children, Robert, Shirley and Elizabeth, and seven grandchildren; Marianna, Rachael, Mathew, Alex, David, James and Phillip   Averaachen was born on March 25, 1926 in Niranum, Kerala (South India). He was the eldest son of Rev. E.I. Kuruvilla and his wife Shoshama. He was a handsome, young man who joined the Indian Air Force at age 17.  After his time in the service, he joined Indian Airlines in 1957.  This same year he married Ammini and they spent their early years in Calcutta, India. Fourteen years later, Averachen and Ammini moved to Ann Arbor, Michigan with their three children and began a new chapter of their life.

Work, family, friends and a strong faith in God were the staples of his happiness, following him throughout his life.   Averachen had a wonderful sense of humor, which brightened our lives and made others happy. He had several hobbies, his favorites being gardening, especially exotic plants, and traveling.

Averachen was blessed with a long and happy live.  His children and grandchildren always surrounded him.  He will live forever in our hearts.

A funeral service will be held at Hall-Wynne Funeral Chapel, 1113 West Main Street, Durham, NC, on Saturday, February 23rd, 2019 at 2:30 PM. Family is welcoming friends to visit 30 minutes prior and 30 minutes after the service. Burial rites will follow at Chapel Hill Memorial Cemetery, Chapel Hill, NC. A reception will follow the burial at the Sheraton Chapel Hill Hotel, 1 Europa Drive, Chapel Hill, NC 27517.

The Abraham family is under the care of Hall-Wynne Funeral Service, Durham, NC.

Offer Condolence for the family of Kuruvilla Abraham 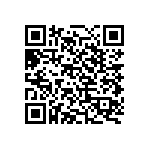