Kinchen Coffield Knight, 83, a resident of Chapel Hill, died at home unexpectedly on July 19, 2014.
Coffield Knight was born February 25, 1931, to the late Ida Lowe Knight and the late Kinchen Coffield Knight of Whitakers, NC. He graduated from Duke University in 1953, beginning a life-long passion for Duke Basketball. He served as a Sergeant in the U.S. Army in Korea and Hawaii from 1953-1955. On August 26, 1956, he married his college sweetheart, Sally Cooper Dean, in Louisburg, NC. For over 30 years he worked in the Trust Department of Central Carolina Bank, retiring as a Senior Vice President.

In addition to spending time with family, caring for animals, and supporting Duke Basketball, Coffield’s passion was boating. He was an active member and officer of the Durham Sail and Power Squadron. Coffield was so devoted to boating education that as the six-time winner of the DSPS Education Award, in 2004 the award was renamed the K. Coffield Knight Education Award. He was also named Teacher of the Year for the district in 2013.

He is survived by his wife of 58 years, Sally Dean Knight; daughter Martha Scott Knight of Chapel Hill; son Kevin Coffield Knight Margaret and three grandchildren, Anna, Caleb, and Bailey Knight of Arlington, VA; and his close cousin John Lucinda MacKethan of Raleigh. He was preceded in death by his sister, Margaret Lowe Knight.

In lieu of flowers the family requests that memorial donations be made to the U.S. Power Squadrons Educational Fund PO Box 30423, Raleigh NC 27622 or http://www.usps.org/edfund/contribute.htm, to the American Heart Association, or to a charity of choice.

Online condolences may be made to the family at www.hallwynne.com. See Obituaries. Arrangements are entrusted to Hall-Wynne Funeral Services of Durham.

Offer Condolence for the family of Kinchen Coffield Knight 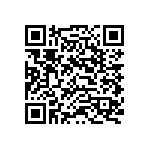