Khamtanh and his family immigrated to the United States from Laos in 1979.  They were sponsored by the Oxford United Methodist Church’s Refugee Program. 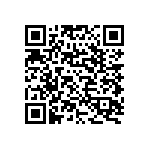