Kenneth Wilson Cooper of Bynum, NC, died Wednesday, August 6, 2008, after and extended illness. Born May 6, 1925, he was the 11th of 12 children of Grover Cleveland and Verdonia Phillips Cooper.

Mr. Cooper served in the Navy during WWII. He was the starring pitcher for the Bynum Bulls Baseball Team and was recruited by a major league team before an injury that ended his baseball career. One of his first jobs was “Paper Boy” in Bynum and he worked at Cary Durham’s Store in Bynum as a teen. He was a life long member of Bynum United Methodist Church.

Offer Condolence for the family of Kenneth Wilson Cooper 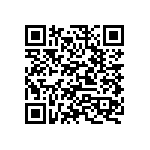