Born in Catawba County on April 18, 1932, he was the son of the late Herbert Guy Coulter and Edith Emily Sublette Coulter. Mr. Coulter studied Landscape Architecture at N.C. State University and served in the U.S. Army Corps of Engineers. He played a key role in the creation of the original Master Plan for West Point on the Eno Park. He was also instrumental in the preparation and adoption of the New Hope Creek Corridor Plan. Among his other work, he was on the original board of the Triangle Greenways Council and he was elected Fellow of the American Society of Landscape Architects in 1997.

He was also preceded in death by his sister, Greta C. Brooks and his brothers-in-law, Carl Toney and G.G. Brooks.

Funeral services will be offered 2:00 P.M. Sunday, December 20, 2009 from St. Paul’s Lutheran Church, 1200 W. Cornwallis Rd. in Durham. Dr. Thomas N. Colley will preside. The family will receive friends in Trinity Hall after the service. A private cremation service was held at Hall-Wynne Crematory. Mr. Coulter’s cremains will be interred in the columbarium on the church grounds at a later date.

The arrangements for the Coulter family are under the care of Hall- Wynne Funeral Service, Durham.

Offer Condolence for the family of Kenneth Raymond Coulter 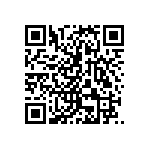